Highlight victory out of Limoges

‘Gino Fonne’ brought the victory home from Limoges against 473 old pigeons in Fondclub Eeklo. This also resulted in the 6th national against 9661 old pigeons.  ‘Gino Fonne’ is bred from a pigeon from Gino Depestele (Bounty Meurysse x Vailant) and a daughter from the Fonne. Also the 7th and 8th place were taken by two Loobuyck pigeons of which place number 8th was taken by Jeff who had the 1st provincial out of this Limoges last year. A very strong team performance out of this Limoges with 7 on 7 basketted pigeons!

Also out of Valence and Aurillac a Loobuyck pigeon won the race in the local club of Eeklo. From Valence the victory was for 261-17 who is a descendant from the Keikop-strain. From Aurillac it’s the last son of superbreeder de ‘Fonne’ who beat all his concurrents. 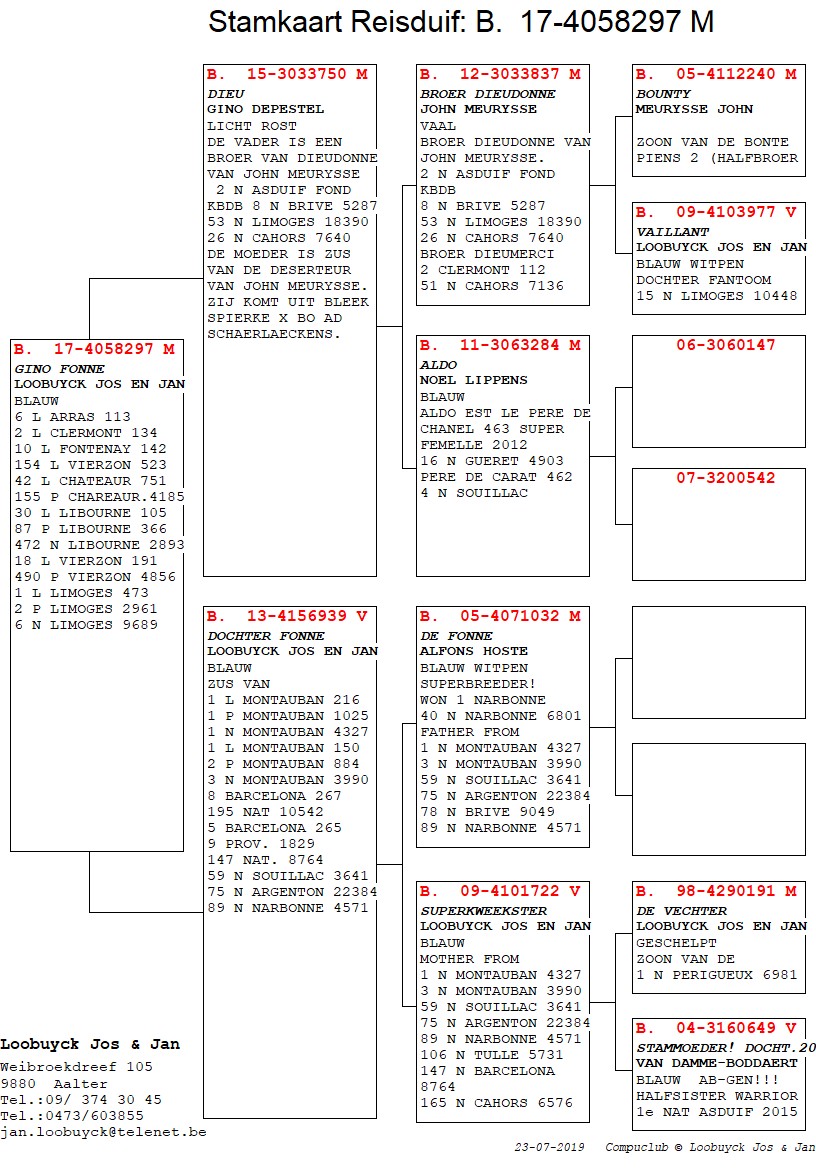 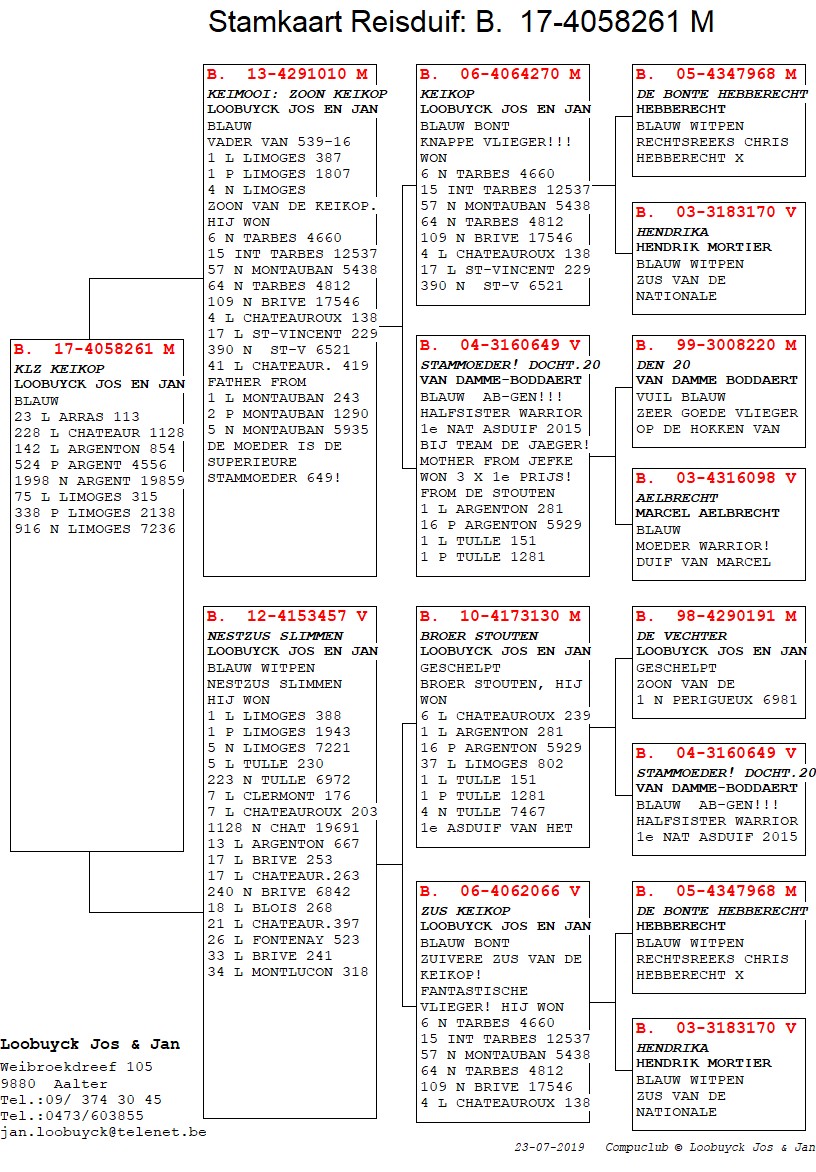 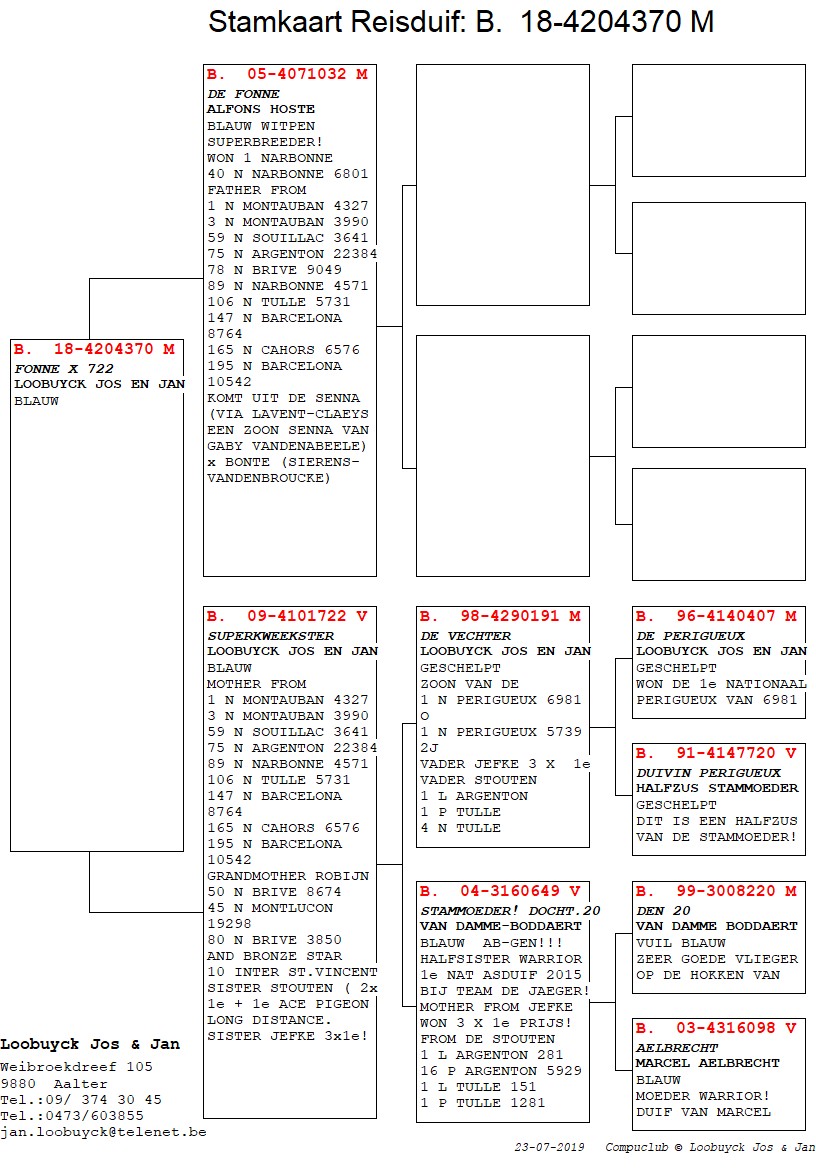