25/07/2020. This day will go into the history books on the loft of Jos & Jan Loobuyck in Aalter. The pigeons had to come from Agen which is more or less 820km away from the lofts in Aalter. The first pigeon arrived at 18:23. By their calculations Jos & Jan immediately knew this pigeon must be one of the first in the club in Eeklo. After checking online, they saw the pigeon was holding for the moment the 1st place in the club and province. 10 minutes later another pigeon stormed the lofts in Aalter. It turned out that both pigeons would be number 1 and 2 in the club out of 189 pigeons and they were also basketted as number 1 and 2. The success became even greater when the provincial, national and international results were released. 1st and 3rd provincial of 1375 pigeons, 2nd and 4th national of 5140 pigeons and also 2nd and 4th international of 12433 pigeons. 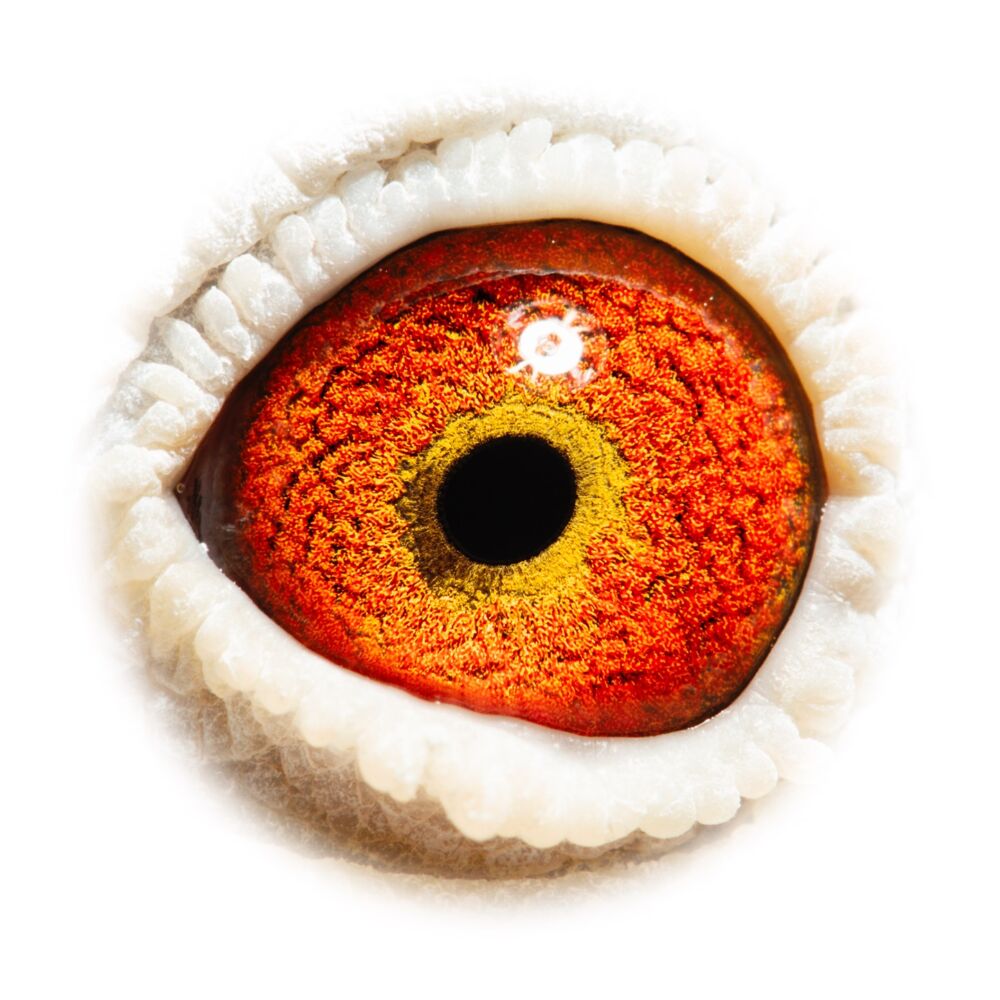 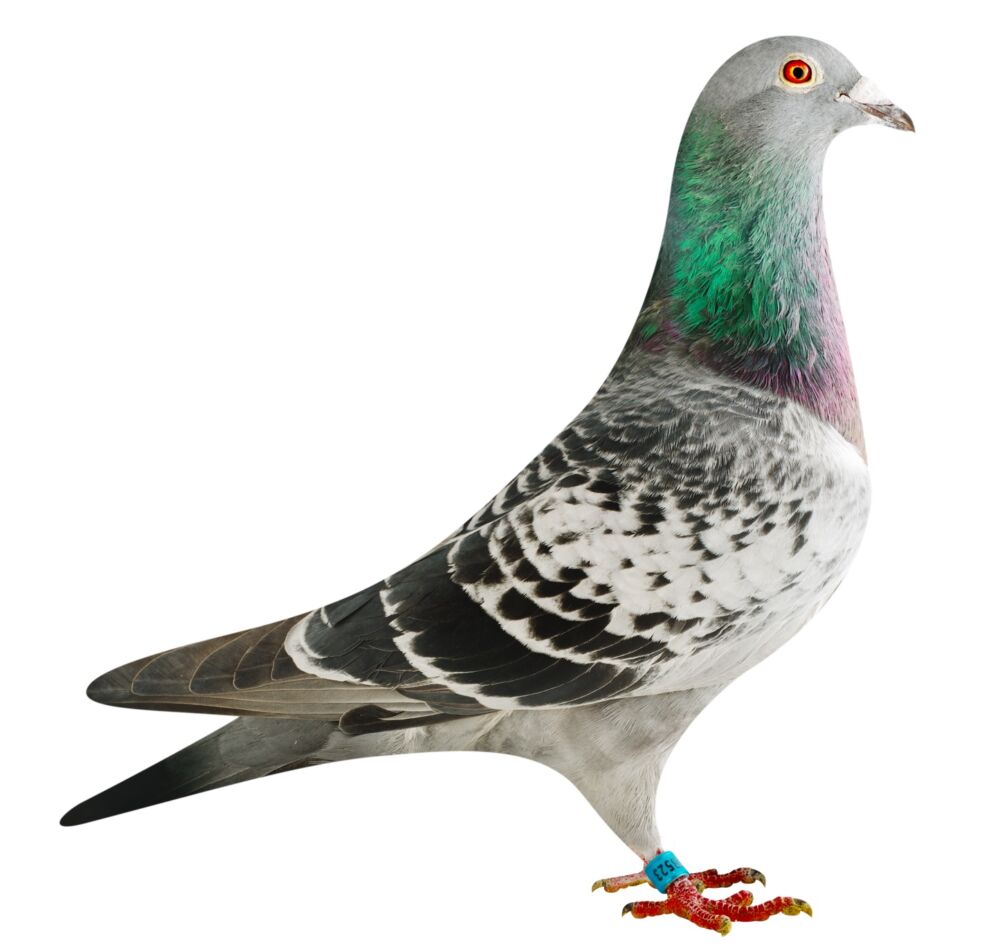 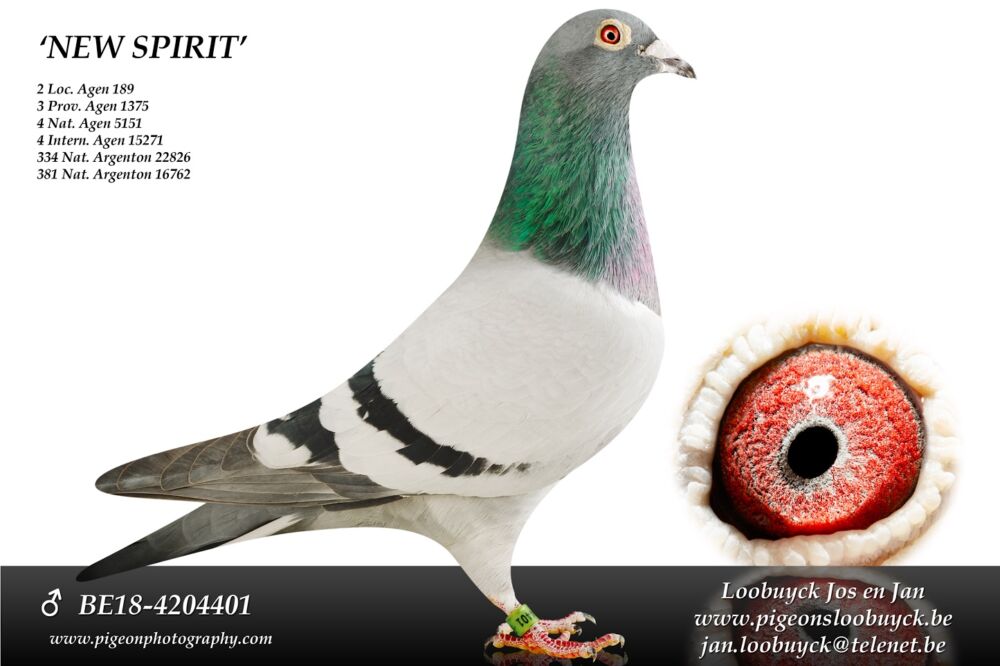 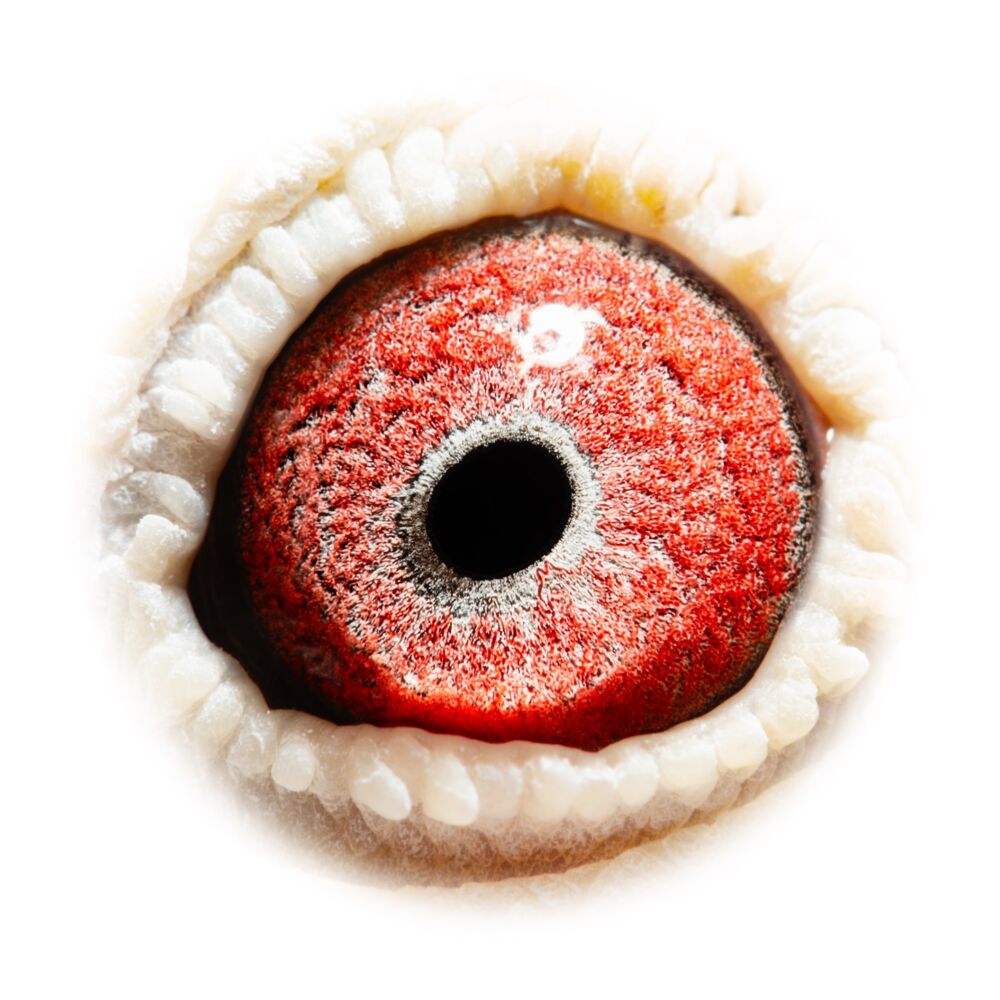 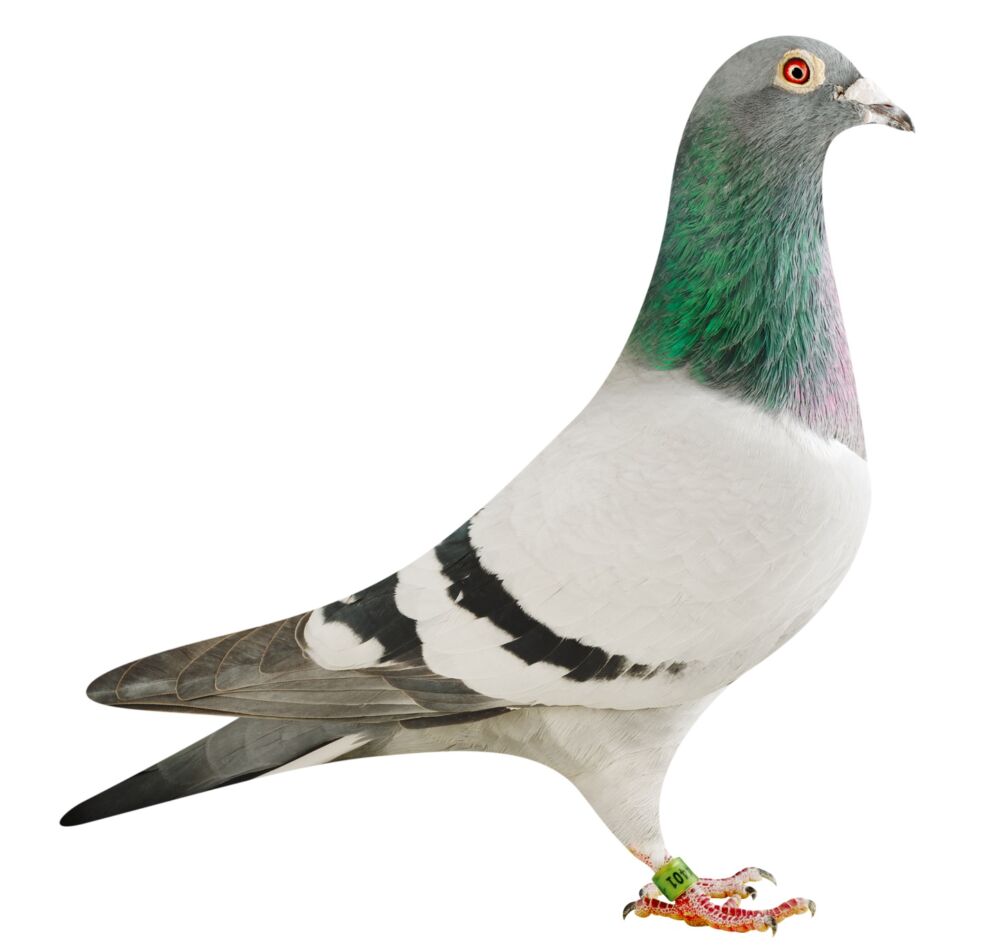 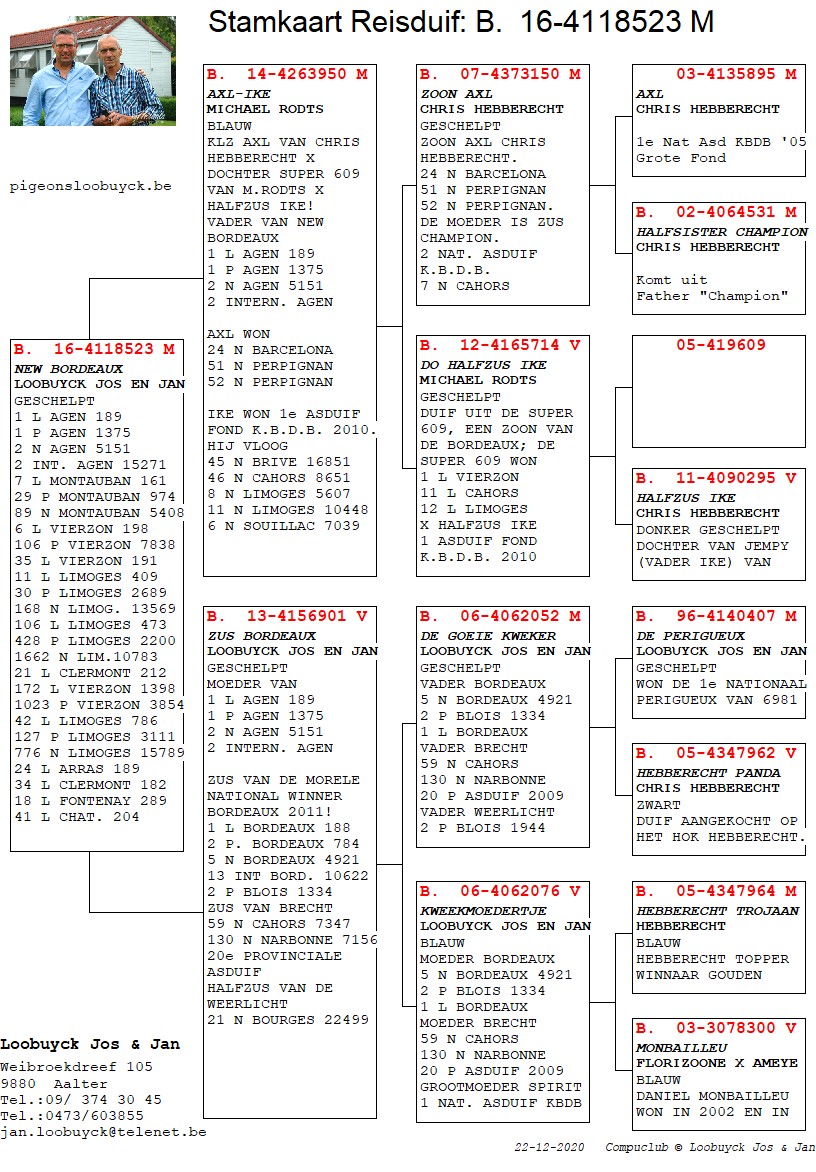 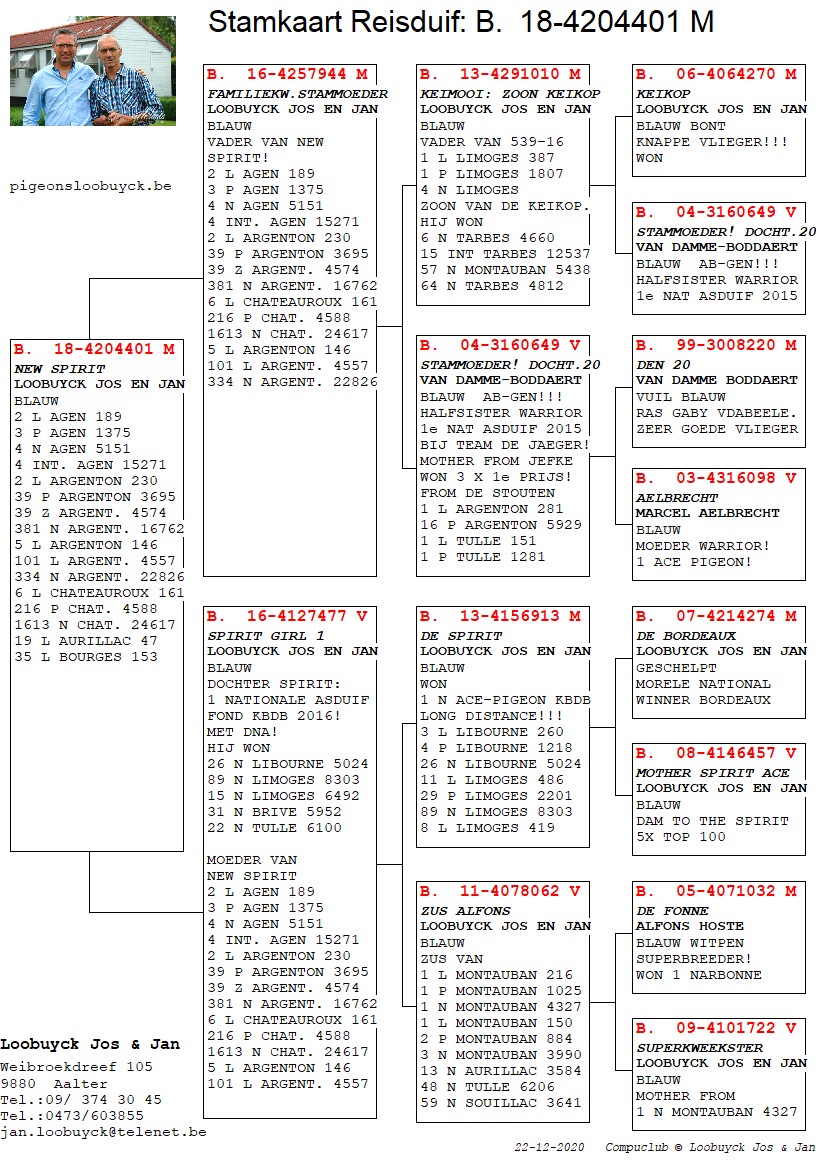