Martin Dhooge, 2nd National Champion Extreme Long Distance KBDB 2016, has based his loft for a part on the Loobuyck pigeons. Martin got himself a full brother of the 1st Nat Perigueux  named the ‘Golden Loobuyck’. Out of this pigeon Martin bred the ‘Loobuyck Pursang’ who won the 4th International  Narbonne 2011 against 12605 pigeons.  The ‘Golden Loobuyck’ provided lots of other good descendants like the ‘Supreme’ who won the 20th National out of Cahors 2010 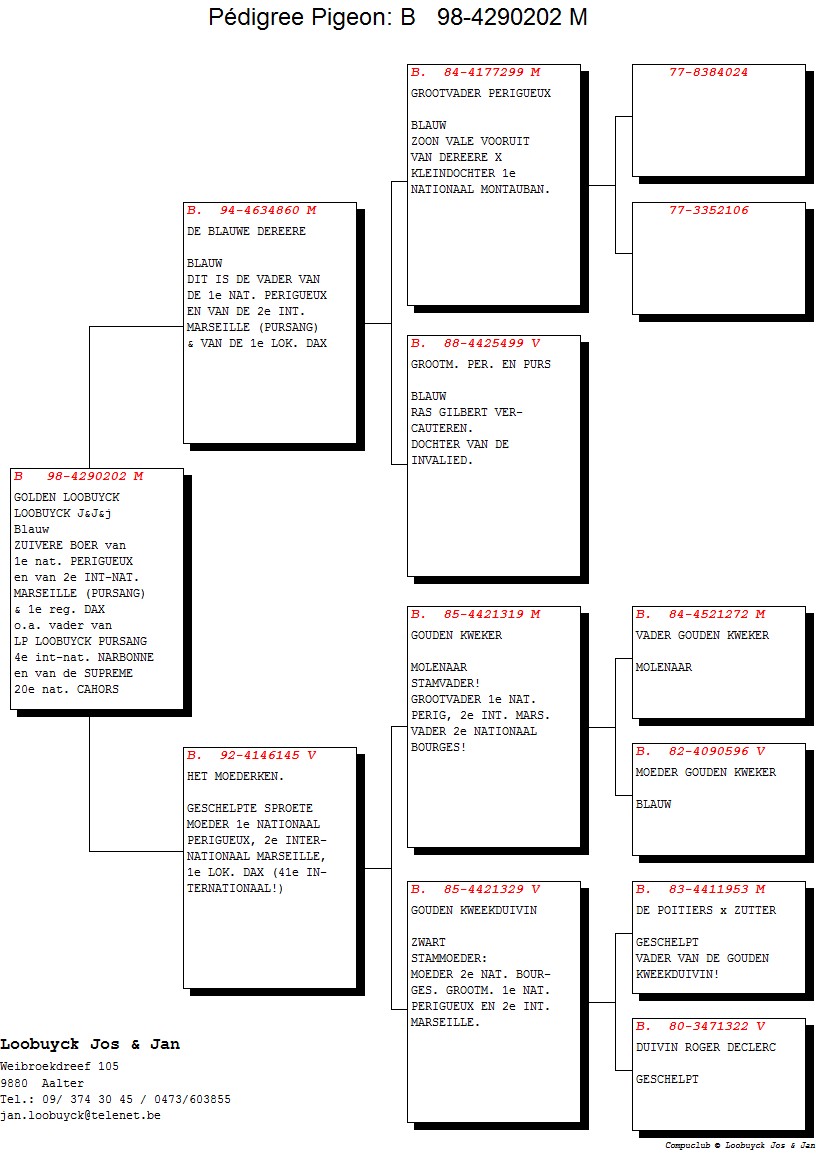 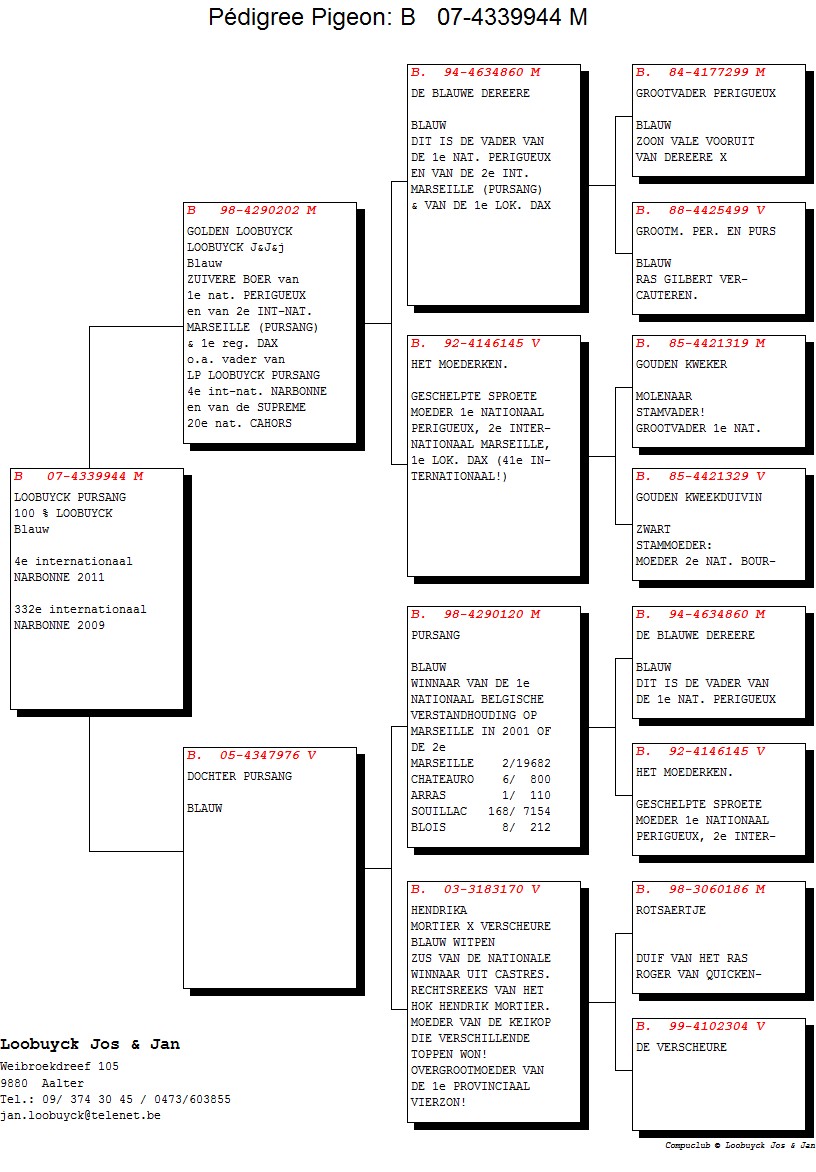